elizabeth faith November 12, 2015 November 19, 2015Uncategorized
Exodus 5:4-9 4 But the king of Egypt said to them, “Moses and Aaron, why do you take the people away from their work? Get back to your burdens.” 5 And Pharaoh said, “Behold, the people of the land are now many, and you make them rest from their burdens!” 6 The same day Pharaoh commanded the taskmasters of the people and their foremen, 7 “You shall no longer give the people straw to make bricks, as in the past; let them go and gather straw for themselves. 8 But the number of bricks that they made in the past you shall impose on them, you shall by no means reduce it, for they are idle. Therefore they cry, ‘Let us go and offer sacrifice to our God.’ 9 Let heavier work be laid on the men that they may labor at it and pay no regard to lying words.”

Reading that passage, one cannot only fully understand the motive behind why Yahwh gave His people the Sabbath rest, but you can also see His grace and character. The Israelites did not stop working, they were slaves to work… it was about getting things done, being and staying productive under the rule of the Pharaoh. And we see the same robotic-like pattern in today’s fast paced, overtime grabbing, possession and promotion seeking, anxiety driven, restless culture. Sigh, just typing that makes me want to take a 10 minute nap! But why the need for non-stop? Where is the Lord in all of this? Who and what are we putting our trust in?  This is so noteworthy to me because in one’s life filled with a long scroll of errands and anxiety filled hearts, Yahwh, in the clutter of our to-do’s is trying to tell us to trust in Him and to rest. “To the one who does not work but believes in him who justifies the ungodly, his faith will be counted as righteousness” (Romans 4:5). 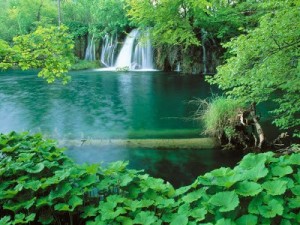 The core of the Sabbath rest is a perfect illustration of God’s self-reliance and steadfast power to provide for His sheep. How can God feed His sheep if we keep running around town? How can He heal and tend to our wounds if we are never sitting still? When Yahwh freed the Israelites from exile, He wanted to lavish them with His powerful character in their lives. The Sabbath rest was established in stone so that they can stop and mesmerize on who He is and remember what He has freed them from. “I am Yahwh your God who brought you out of the land of Egypt, out of the house of slavery.” (Exodus 20:2). He wants the same for you and for me.  Hebrews 4:9-10 says “So then, there remains a Sabbath rest for the people of God, for whoever has entered God’s rest has also rested from his works as God did from his.”

I have come to understand that we have an amazing King who actually says to His bride, “honey, do not worry. I will meet your needs. Just relax and sleep in a little longer… you have worked hard enough and after you do, let’s talk and read together.” My gosh, how romantically beautiful and gentle of Him! You think it would be easy to grab a hold of this gracious gift of rest, but the resistance just proves to me how I have been strongly influenced by the world and business of this culture. I still have to remind myself to put the phone down. I have to remind myself that it is OK to end the text conversation a little sooner, and that it is perfectly fine if I have a missed phone call or two…if it is an emergency they will call twice or three times.  The reason He graciously tells us to rest is because it is only good for us. As Psalms 119:68 says, “You are good and do good.”